Mummy, the Cloche is Sonning 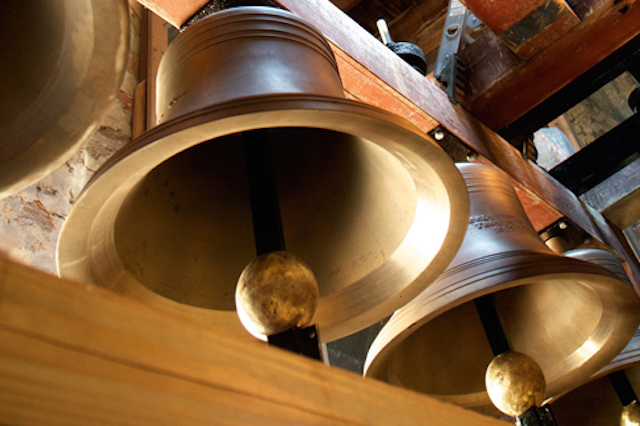 Those people who speak more than one language are two-a-penny these days; those who are truly bilingual or multingual are harder to find. As a monolingual parent it has been fascinating to watch my children growing up mastering two languages seemingly without effort; they appear to have made the most of the “celestial openness of the child’s mind” referred to by poets (and also by Patricia Kuhl in her TED talk ‘The linguistic genius of babies“). However, this does tend to throw up interesting phrases such as “the cloche is sonning, Mummy” from my 7 year old son when we had just moved back to France from England, or, just two days ago, from my twenty year old daughter “watch out: the bowl is going to smashé!” A third, private, family language seems to have sprung up unknowingly.

“One language sets you in a corridor for life. Two languages open every door along the way.” Frank Smith, psycholinguist.

Whilst there continues to be debate over the pros and cons of being bilingual or multilingual, it is clear that it has a positive affect on the brain. According to Ellen Bialystok, research professor of psychology at York University, Toronto, we have a network of brain neurons in the cognitive system of our brain: the Executive Function System (EFS). You may know this already, but I didn’t, until I listened to Dr Bialystok discussing bilingualism on English radio: http://www.bbc.co.uk/programmes/b04j9z75

Apparently, the EFS is most important cognitive system we have and forms the basis of the most difficult thinking, performing and problem solving that the human mind can engage in. In short, it helps us to select what we should be concentrating on. The EFS of a bilingual or mutilingual person has regular practise in focusing on which language to choose over another. Practise, as we know, makes perfect: in this case, it certainly exercises and muscles the brain, resulting in people capable of improved decision-making and with a developed ability to focus. Oh, how I wish I were bilingual. 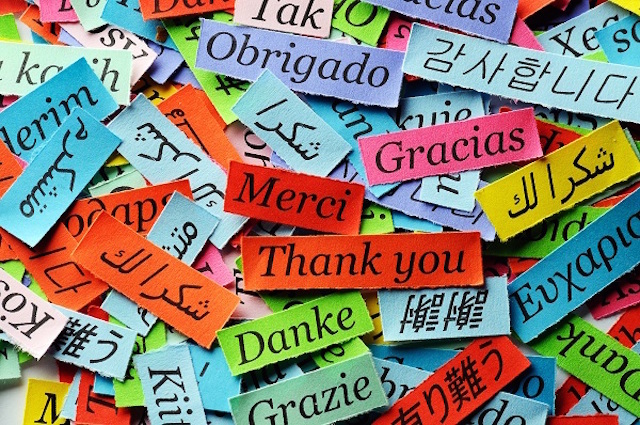 “To God I speak Spanish, to women Italian, to men French and to my horse, German.” Emperor Charles V.

I was intrigued by a friend of my son’s who, aged 13, spoke five languages but said he was not totally at home in any of them. Ignacio has an Austrian mother, a Spanish father, has been educated in England and France and lived briefly in Portugal; he is now based in Spain. Ignacio told me, “If I don’t know a word in Spanish I will say it in English, so sometimes my sentences don’t make much sense; people do say I speak Spanglish alot. And also, since I have never studied Spanish grammar, I don’t know my tenses, so I make up my own. It is quite funny”.

Oliver, my 18 year old godson who I have seen grow up switching easily between English to his father, Dutch to his mother and French to his school friends, tells me that he feels most at home in English, despite the influence of a French education. (However, he does play hockey for France and is going to university in Holland).

One thing is sure: both Ignacio and Oliver are totally charming, engaging young men. Would it be going too far to suggest that this is a direct result of their multilingual backgrounds?

“It is a complicated process being so bilingual. Sometimes it is a mere word or sentence that comes to me – if I am writing the book in English – in French. It is not always easy to deal with.” Tatiana de Rosnay, author

I am always impressed by French children who go directly from French schools to British universities: within weeks they will be expected to hand in long essays, expressing themselves perfectly in a foreign language. It is one thing trying to find the correct words and to put them together without grammatical error, but perhaps the greatest challenge is to present them in a natural form which does not read as a literal translation from one language to another.

Tatiana de Rosnay (who describes herself as a ‘franglaise’), writes some of her novels in English and some in French but, interestingly, does not translate her own books. I would have thought it was challenge enough to produce a novel in one language. Irish playwright Samuel Beckett also wrote both in English and French, novelist Vladimir Nabokov first in Russian and then in English and Joseph Conrad in English although his first language was Polish. Chapeau, as they say.

The recurring comment from those lucky enough to be bilingual or multilingual appears to be that it is easier to express certain things in one language than another; when a suitable word or phrase cannot be found in one, they turn to the other. This could be put down to intellectual perfectionism but, according to my own children, in their case it is pure laziness that leads them to converse in fractured franglais.

“It is both a blessing and a burden.” Cuban-American poet Gustavo Perez Firmat.

It is said that it is not possible to be one hundred percent in more than one language.   Assuming that ‘double semi-lingualism’ (not developping full proficiency in either of two languages) is to be avoided, at some point the question arises: ‘what is your mother tongue, your first language?’ From the outside, a faultless accent can appear to give the answer but surely the most important element is which language feels the most comfortable from the inside?

*the original answer was, in fact ‘an American’, but I thought it was acceptable to do a little editing.